Friends, Elisabeth and Duncan, had told us a few weeks ago that they'd made the painful decision to sell Quahog, a sister-ship to Maunie, and they passed on the details of her new owners, Alex and Cathy. We made contact with them and it turned out that they were heading north as we were heading south so, slightly improbably, we managed to rendezvous in the very remote Loch Tarbert, on the west side of Jura. They are thoroughly enjoying their new boat and came aboard Maunie for drinks. We met the third member of the crew the following morning when Alex called by in the dinghy with Molly, the Cockerpoo.

This anchorage sits below the Paps of Jura, three impressive munros with the highest peak at 2,575ft, but when we were there the cloud ceiling was probably never more than a couple of hundred feet so they were completely invisible to us. 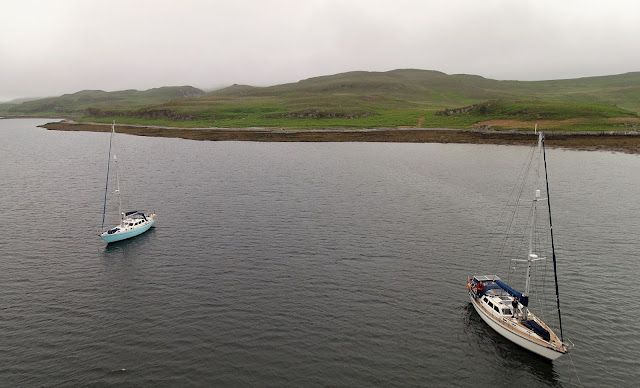 We left the anchorage yesterday afternoon in very poor visibility (less than 300m at times, which technically rates as 'fog' in the official definitions) to head south, through the narrow sound of Islay, to Port Ellen. This will be our last island stop-over before we head round the Mull of Kintyre and back into the Clyde. 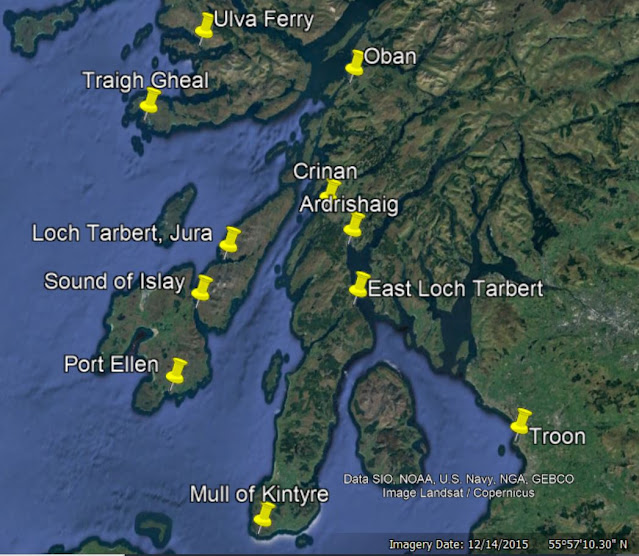 Our route down the east coast of Islay took us past a series of malt whisky distilleries so Graham has had to make do with this virtual tour (most aren't doing physical tours at the moment and the few that are have already been fully-booked). This was the tally, from north to south - award yourself one point for each whisky that you have tasted:


Graham is very pleased with himself that he scores 5 out of 6! His favourite, Lagavulin, even has a tiny anchorage just beside the distillery but it sounded too rock- and kelp-infested to try.
We are now safely into Port Ellen, a little town with a hotel, two grocery shops, a bistro and a couple of gift shops. 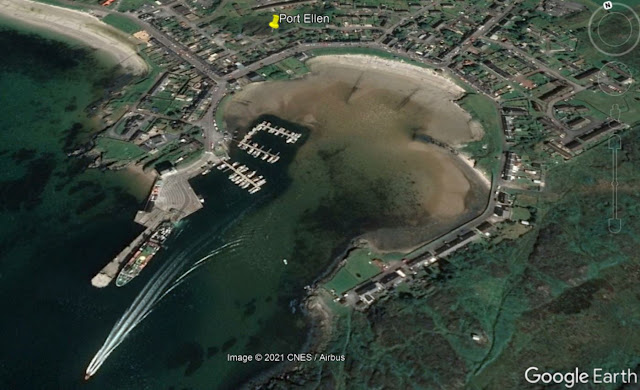 Unfortunately the rain hasn't stopped since we arrived so our walks have been limited to the showers and washing machines provided by the Harbour Association, a community-owned charity that looks after the little visitor marina, and to the bistro for an excellent light lunch.

We'll leave at six in the morning to catch the favourable tides for rounding the Mull; unusually there will be a following, northerly wind rather than the prevailing south-westerly so we'll take full advantage of it.