We’re very glad that we made the decision to move all of 4 miles to North Harbour on the little island of Scalpay, which is now connected to the main island of Harris by an impressive road bridge, before leaving the Outer Hebrides. The yacht pontoon is run by Fred, the same manager as the one in Tarbert, and he told us there’d be space in the lee of a large offshore support vessel. North Harbour is a wonderful, natural haven but is open to strong winds from the west; it’s mostly used by fishermen and fish farm vessels.

Once ashore, the place had a slightly run-down air to it. The village school had closed, as had the community shop but there were basic, clean loos and showers and there was the Bistro.. well, we’ll come back to the Bistro. The landscape is green but stony, with tough-looking houses nestled between rocky outcrops and their ‘gardens’ nibbled by roving sheep. 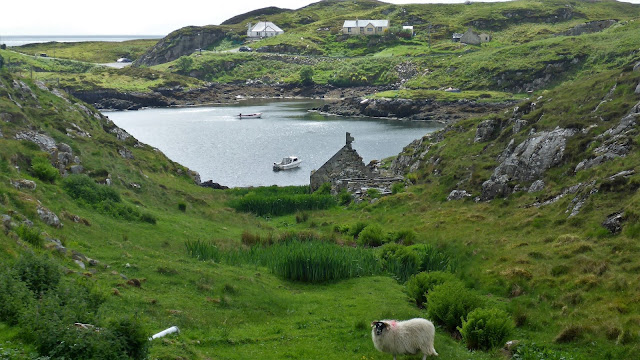 Thankfully we had dry weather, and even some sunshine (wow, we could use that right now; the weather is pretty awful up here at the moment) so a hike to the lighthouse at the eastern end of the island seemed like a good plan. 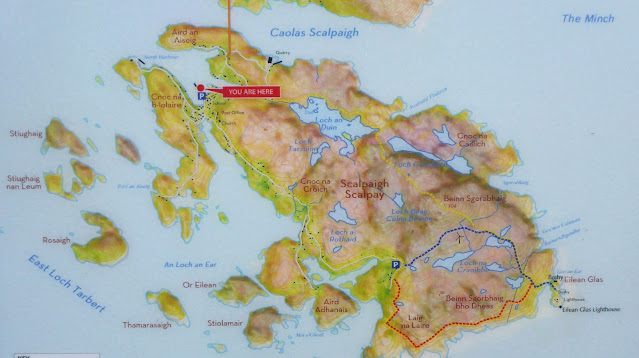 As sailors, we are always interested in lighthouses and have hiked out to many a remote spot around the world just to visit one. The architecture, and sheer bloody-mindedness of the people who designed the things, is also fascinating; they were determined to build something interesting and beautiful rather than simply functional. How happy were the labourers who actually constructed the things, as they carried materials out to remote and exposed locations and worked in all weathers, can only be imagined.

Eilean Glas lighthouse was one of the first built by the Northern Lighthouse Board and was completed in 1789. Its first keeper, a fisherman from Fraserburgh called Alex Reid, lived and worked out here for 37 years and by the end of his time he was reported to be ‘weatherbeaten and stiff by long exposure to the Point of Glas’ and was pensioned off with an annuity of forty guineas. The new tower was erected in 1824 when Robert Stephenson was the NLB’s chief engineer. A foghorn was added in 1907, which increased the number of lighthouse keepers to three, and the lighthouse was finally automated in 1978. Its rotating Fresnel lens system was dismantled and given to the Royal Scottish Museum and today the operation of the powerful LED light is monitored remotely from the NLB headquarters in Edinburgh. 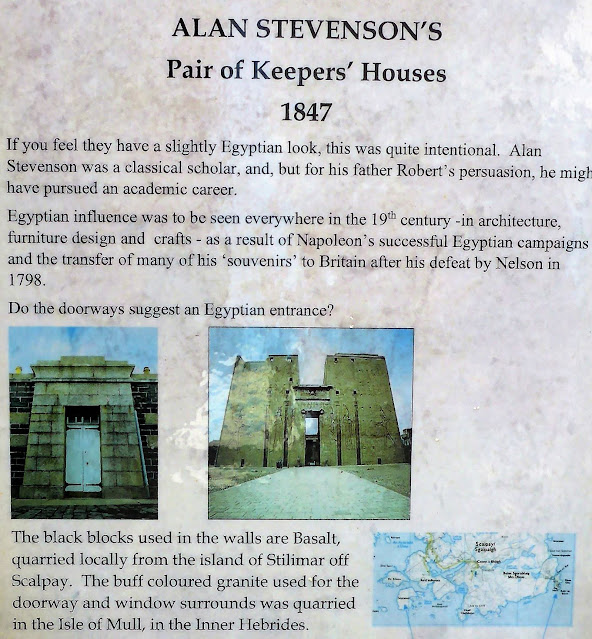 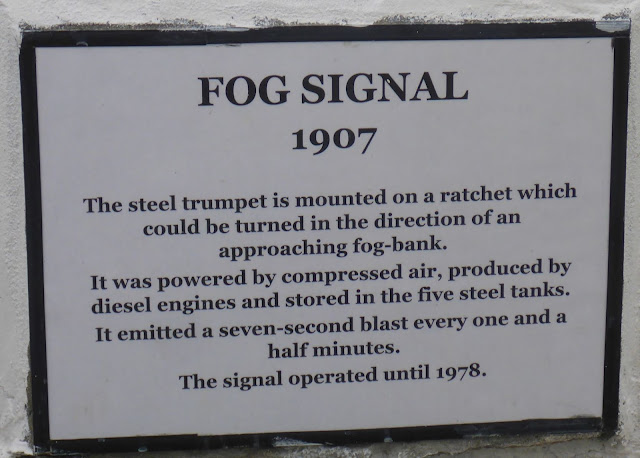 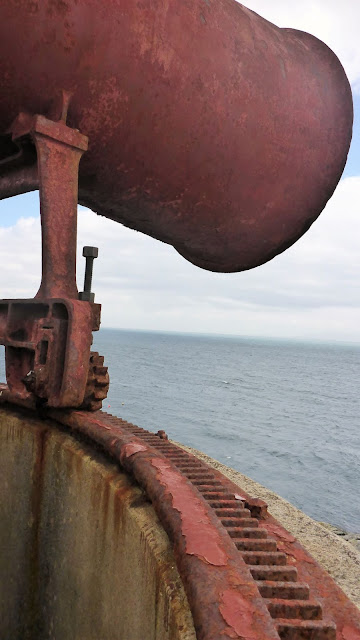 Having got our lighthouse fix, we hiked back along the well-marked scenic route which crossed peaty moorland, springy underfoot.

An excellent day was rounded off with an amazing meal at the North Harbour Bistro; happily we’d arrived on its first opening night of 2021 and the seafood was fantastic.

We’re now back on the mainland, after an excellent sail to Badachro in Loch Gairloch on Saturday and then a complete thrash, in wild wind and rain, yesterday to Plockton. By the look of the forecast, we’ll be here a couple of days and will hope to get some breaks in the rain and wind to explore ashore.