We've been joined by Goddaughters Amy and Laura for this year's Regatta and they arrived, by rail, at Totnes on Monday afternoon. We motored Maunie up river on a rising tide (running aground, briefly, only once in the shallow upper sections of the Dart) to pick them up from the Steamer Quay before returning downstream under sail. Very entertaining.

The forecast for the middle of the week was pretty dreadful but we spotted a short window of opportunity so on Tuesday sailed round to Salcombe in a steady Force 6. 2 reefs in the main and yankee saw us beating at around 6.5 knots so it was an excellent passage. Arriving at the visitors' pontoon we met several yachts who'd been trapped there for 4 or 5 days due to the high winds. The girls went ashore for showers whilst Graham stayed on board for a spot of maintenance. 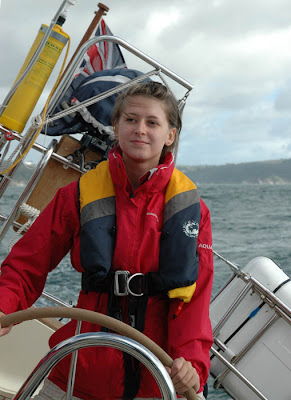 Wednesday's forecast was really poor - heavy rain and Force 8 later - but with an early calm before the storm. So we left at 6.00am for a really pleasant F4 reach and were back on our mooring by 10.00am. Shortly after this the rain arrived and it poured down all day - no point in trying to go ashore so we resorted to card games and, even, Scrabble. One winch was also serviced to make us feel that we'd achieved something! The evening's scheduled Battle of Britain memorial flight display was cancelled due to the weather. 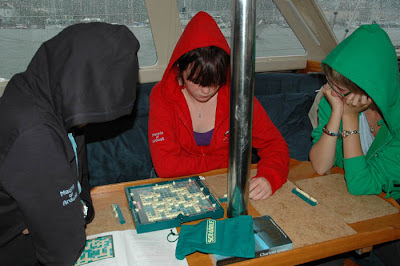 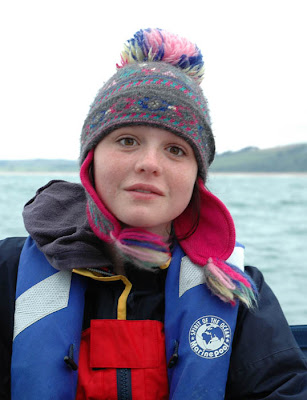 Thursday dawned a bit brighter - cloudy but no rain - so we went out for a day-sail to watch the racing. A slightly depleted fleet compared to previous years, we thought, but still around 150 boats on three courses. The evening improved so after a terribly healthy roast butternut squash and spinach supper, we enjoyed the first of the fireworks displays.

By Friday, the weather was really making amends for the earlier rain so we had another great daysail, then lunch in the cockpit after 'dressing ship' (hoisting every available flag). 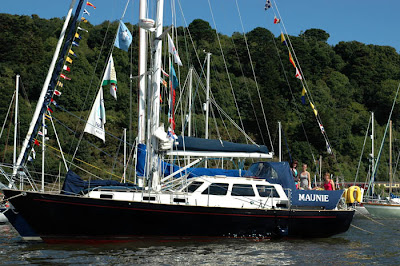 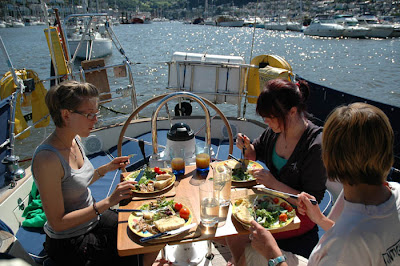 There followed a fantastic Red Arrows display and a really delicious meal at the Spice Bazaar in Dartmouth. 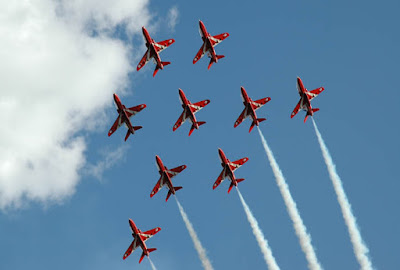 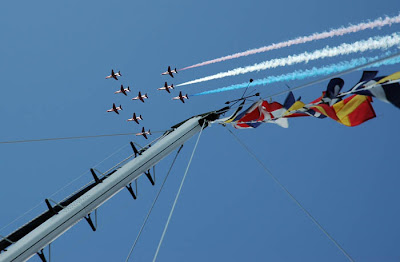 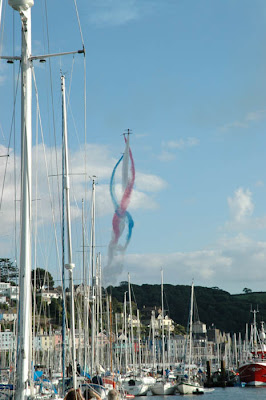 On Saturday we decided on a day off sailing, so instead walked from Kingswear along the coastal path and out to Froward Point where there's a National Coastwatch Institute lookout, run by volunteers. We had a good chat to the Station Manager and it's good to know that they are there 365 days a year. We returned from the 6-mile, walk hungry and thirsty, for a great round of sandwiches at the Ship Inn in Kinsgwear then returned to Maunie for showers and an excellent supper. The finale of the Regatta week was the firework display - absolutely fantastic. 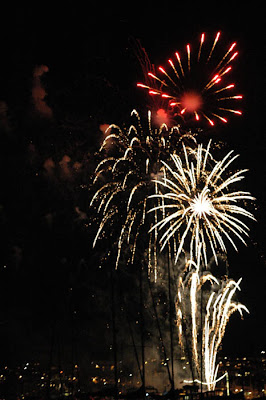 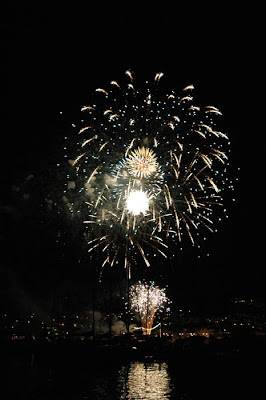 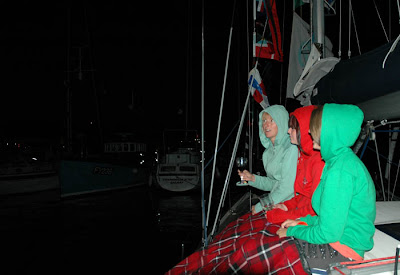 Today (Sunday) we're going to go out for a final mini-cruise, hoping to get to the Yealm and back before we return home on Tuesday. A great week!
Posted by Graham and Dianne at 08:56 No comments: