Force 5-6? That'll be a Force 8 then! Recovering in Plockton and whacking the generator

While much of the UK is enjoying a heatwave, here in the west of Scotland we have no worries about getting too warm. Yesterday peaked at about 12 degrees!

Having waited a couple of days in Loch Gairloch, Sunday's forecast looked tough but eminently doable for the 30nm sail south to Plockton - SW Force 5 to 6 with rain and poor visibility. Monday's forecast looked worse so we decided to go for it but we discovered that the wind seemed to accelerate between the island of Rona (to the east of Skye) and the mainland so things were really rather unpleasant for about three hours:

We were glad to finally get out of the rough stuff - it was the short, steep waves that were more of a pain than the wind - and we had a great final sail into the beautiful natural harbour of Plockton. The mist and drizzle even cleared for a while for us to be able to get some photos. 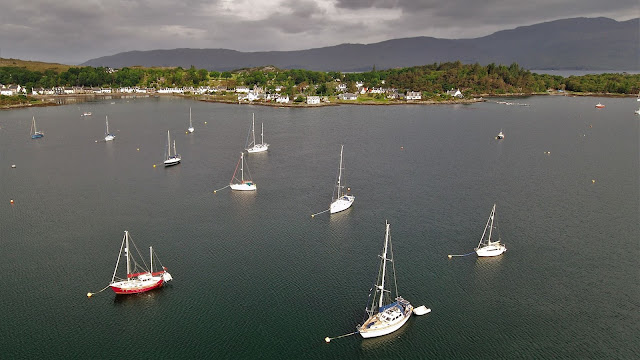 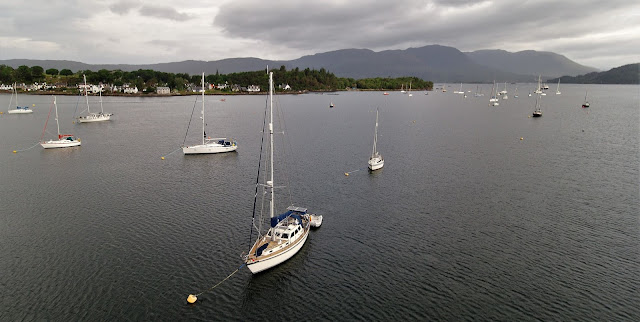 Plockton must be one of the prettiest villages in Scotland but it had a tough beginning. When the Highland Clearances took place, crofters were forcibly evicted from the more fertile areas, to make way for large-scale farming, and some were resettled here, where the land was much harder to farm. Plockton was built as 'the poor village' and many crofters supplemented their diet through fishing. A few of the tiny, original houses survive. 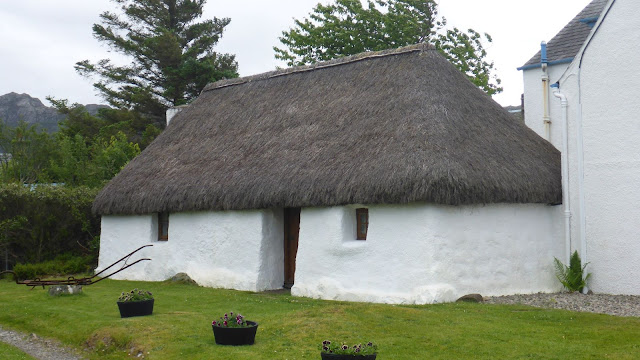 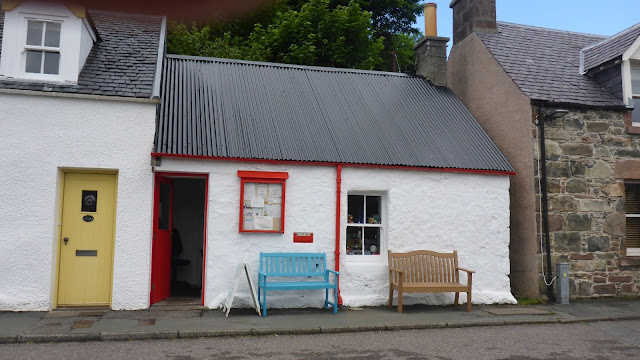 Today Plockton is quite the tourist attraction, though remains nicely unspoiled despite gaining fame as the location for the TV series Hamish Macbeth between 1995 and 1997, and is a very popular destination for sailors. 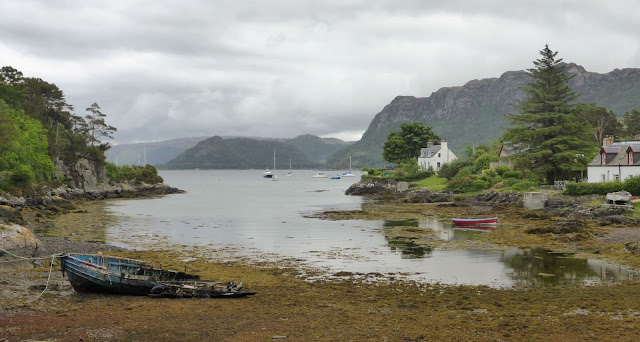 We were delighted to be able to meet up with regular Gentoo and Maunie crew member Barbara and her friend Joan (plus Pippa the dog. Last time we were here was aboard Gentoo of Ardwall on our Round Britain voyage, with Barbara and Richard (who went on to join us on the trans-Atlantic voyage), so it was wonderful to catch up again - they are staying in a National Trust cottage only a few miles away so we had a lovely walk and picnic lunch (just dodging the rain) yesterday.


The absence of sunshine has meant that, for the first time in about a month, our trusty solar panels haven't managed to recharge the batteries and, without shore power, cold showers would be the only option. Except for our little diesel generator of course, which always starts first time. Only this time it didn't. It would turn over quite happily but not even a cough to suggest it was going to spring into action. Bugger. After checking the fuel pump and filters, Graham was stumped and slightly reluctantly turned to Google.

These days there are forums on every conceivable subject and he found a whole string of posts about the Farymann diesel engine. As usual, many were opinions posing as fact, or simply opportunities for armchair experts to suggest a much better engine altogether, but one thread looked sensible. One chap suggested that the fuel cut-off valve (operated by a solenoid when you switch off the key) can stick shut  - 'give it a whack' was his advice. So, Graham selected a suitably weighty screwdriver and used the handle end to apply just the right kind of whack. Lo and behold, the generator burst into life! We did the happy dance and now have hot water and charged batteries.