We've just had a great weekend with Rich Fetherston aboard. Rich raced on Graham's boat, Daily Telegraph, in the Round Britain Challenge way back in 2003 but has since sailed with us from Oban to Petehead, via Orkney, on our last boat. An all round good chap, so it was lovely to have him aboard Maunie. The last time he saw her was just a couple of weeks after we took ownership and, bless him, he spent a full day in the two huge and pretty filthy cockpit lockers, cleaning them up to full naval inspection standards.

No such hard graft for him this weekend - we had two excellent day-sails with plenty of good food and drink in between. La Farandole, another Vancouver 38 from Brixham, was in Dartmouth so we had drinks with owners Susan and Carlos on Saturday night and met them again for breakfast at the Cafe Alf Resco, a Dartmouth institution. The town was really busy for the annual Music Festival; we really enjoyed this classical Spanish guitarist playing on the 'double steps' pontoon. 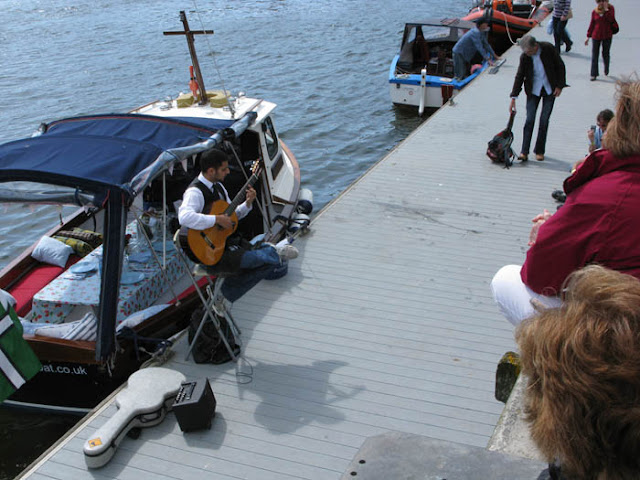 Back to the sailing and we enjoyed near perfect conditions - bright sunshine and a steady Force 3. Ideal for Rich to hone his excellent helming skills... 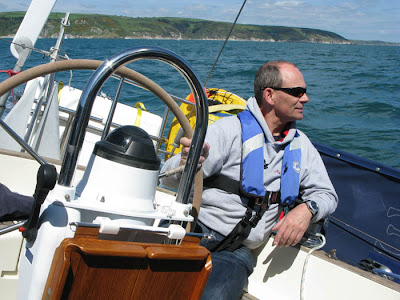 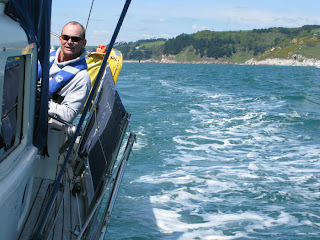 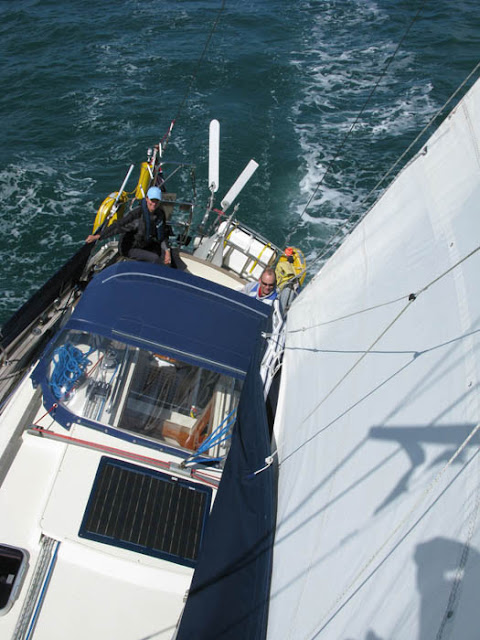 Dianne, meanwhile, adopted a supervisory role from the afterdeck: 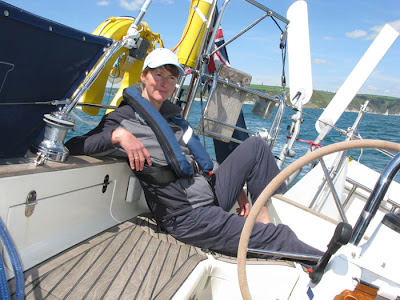 Richard left on Sunday evening but we stayed aboard for a further day to complete some more jobs aboard. We installed a new cooker to replace the excellent but slightly old Force 10 that came with the boat and for which spares are no longer readily available (we could just foresee some nightmare in the middle of the Atlantic without a working cooker); the new one is much better insulated and uses a lot less gas. The croissants were certainly perfectly warmed! 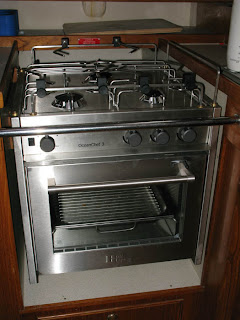 An even more vital bit of kit is the new satellite phone so we made some mountings (offcuts of hardwood that were used for our garden hammock spreaders) for its 'brain' in the locker which also houses the autopilot computer. 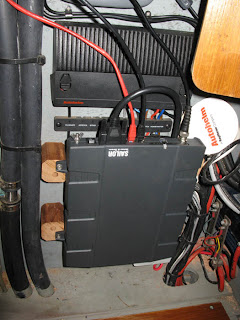 The rest of the kit will be fitted next weekend, all being well.

Finally, a job we didn't want to do but had to... The diesel generator which produces up to 4kW of electricity to recharge the batteries, run the water maker and chill the fridges developed a water leak in its cooling circuit last year and I just couldn't find the source. So we called in the professionals today who unbolted the engine/alternator combinations and hefted up and out from its sound-proof cocoon, leaving just the base in the generator room: 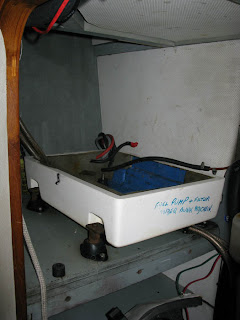 It's currently being checked over in the Darthaven workshop and will, we hope be back aboard by the end of the week, restored to health. I suspect that the process won't be cheap!

First sail of the season

Maunie usually stays afloat through the winter, with just a weekend of hard graft on the scrubbing grid to clean and antifoul her bottom. So we get some winter sailing and enjoy that slightly smug feeling of watching everyone else struggling to get their boats ready for re-launching at Easter or even later. This year it's come as a bit of an unwelcome novelty, after all the winter work in the boatyard, to make our first sail as late May!

Actually we did think about it last weekend but the forecast was lousy and Dartmouth was hit by a full gale on the Saturday night. Anyway, our first daysail this weekend was worth the wait - lovely sunshine and a gentle but slightly chilly Force 3 north-easterly to allow us to remember how to sail. There were quite a few boats out and Maunie went very nicely indeed. 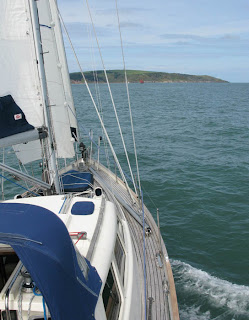 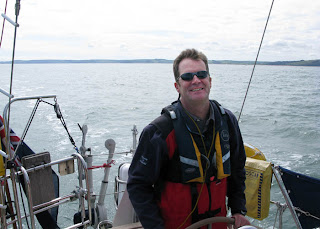 The only downside is that from on board we can't see her shiny new paintwork so we both did a slight double-take when mooring up alongside our new neighbour on the trot mooring. We climbed aboard 'Caicique' and looked down to see the new white hull where we're so used to seeing dark blue. We need to get some photos of her on the water!

Posted by Graham and Dianne at 15:09 No comments: