Nuffin, then Puffins (lots of them) 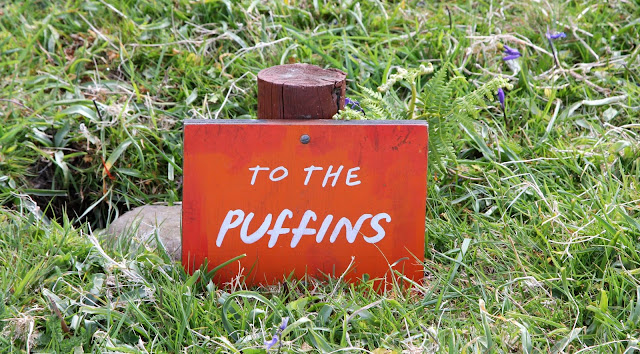 The tiny island of Canna is one of the Small Isles (Muck, Eigg and Rum are the others) and its well-sheltered harbour makes a very useful stop-over for boats on passage from the mainland to the Outer Hebrides. Graham came here on a friend's boat about 35 years ago and remembers a sleepless night with the anchor dragging - the kelp on the seabed challenges even the most modern anchors and that boat had a distinctly old-school type.

These days there are ten secure moorings in the bay, maintained by the community who ask for a £15 per night donation towards their upkeep - a small price to pay for a good night's sleep! The island was gifted to the National Trust in the 1980's and operates sheep and beef farming plus a few small tourist-related enterprises; the CalMac ferry visits twice a day in the summer to bring a few visitors in search of a get-away-from-it-all holiday destination. It's a beautiful, rugged place but probably a pretty tough environment in winter.

We arrived late afternoon after a good spinnaker sail up from Mull and we were pleased to pick up the last couple of vacant moorings. At the water's edge we could see the little Cafe Canna so we called on the radio to see if they could feed us. "We're fully booked, I'm afraid," came the reply, "but we could probably do something simple like a plate of Langoustines to share if that would be OK?" We said that would be very OK, thank-you, and dinghied ashore.
Wow, we were completely overwhelmed by what the lovely staff brought to our table: 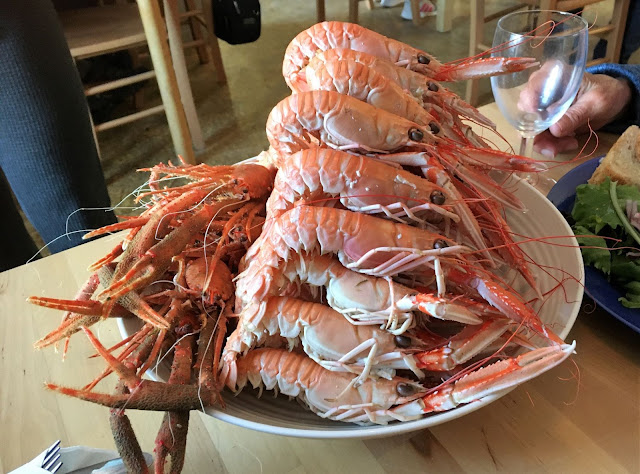 We had to go for a walk after that lot!

Our original plan was to spend just one night here, before heading west to South Uist, but a conversation with another diner in the cafe changed all that. Apparently there was a well-signed, 2-mile walk across to the south coast of Sanday island where, if we were lucky, Puffins might be seen. The next morning, in sunshine that was soon to give way to rain, we headed off in hope, rather than expectation, of seeing perhaps just one or two of these beautiful birds. The route took us past the unused but well-maintained St Edward's Church: 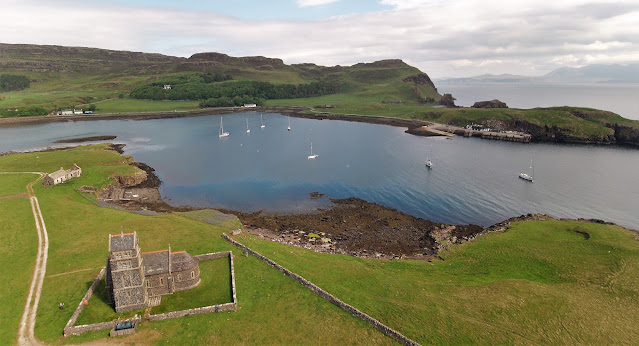 The meandering path eventually led us to a clifftop overlooking two dramatic sea-stacks. No Puffins, though.

We were just thinking of heading back when suddenly the sky was filled with birds. The Puffins were returning from their morning fishing expeditions! 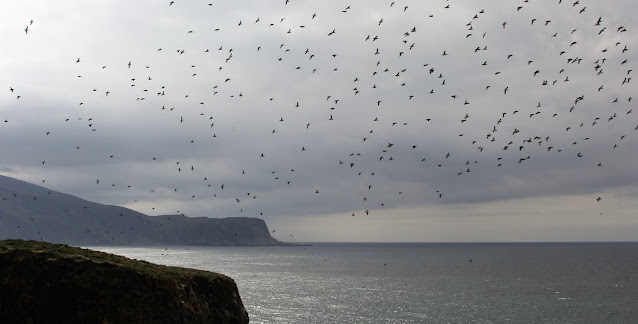 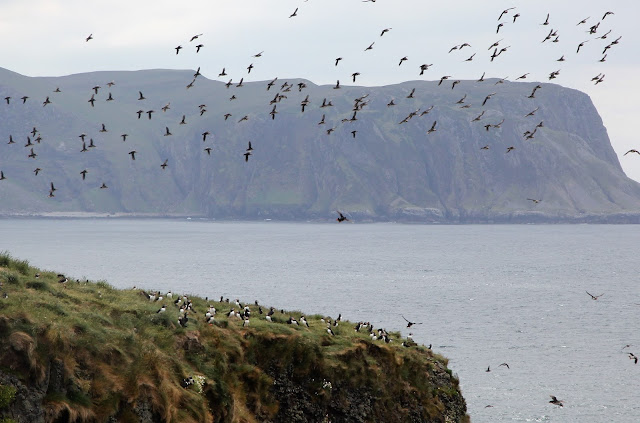 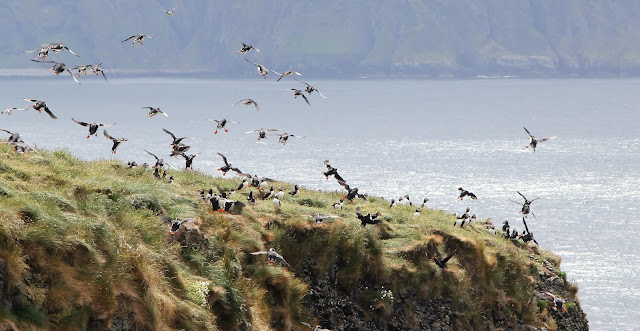 It was truly a memorable show and we eventually walked back to the boats, as the rain started, absolutely delighted with the decision to stay the extra day.

We're now planning the next stage of our voyaging and unfortunately will have to part company with Adam & Cindi, at least for a while. Due to the imminent expiry of their UK visas, they will have to leave the boat in Ardfern Marina for a few weeks and fly out of the country. We really needed some internet in Canna to see a long-term weather forecast so were delighted that the wonderfully-stocked, open 24/7 honesty shop also had excellent wifi.

The forecast gave us the confidence for one last, really lovely sail in company out to Loch Boisdale in South Uist where we arrived this lunchtime. We'll enjoy another great supper aboard (thanks to us asking a local fisherman if we could buy some Langoustines from his boat), then tomorrow we'll head northwards up the eastern side of the Outer Hebrides island chain while Bravo will turn back towards the mainland.