We're still in Union Island after an unscheduled delay. Yesterday, we had to have a diver search under our boat as one of us managed to drop the full set of keys attached to a dinghy lock overboard. Oops! The keys have floats on them but attached to the lock meant they sat on the bottom. It was just too deep for Graham to swim down to and search- hence the need for the diver. Luckily, he found them in less than 15 mins and charged us about £15 for the service. 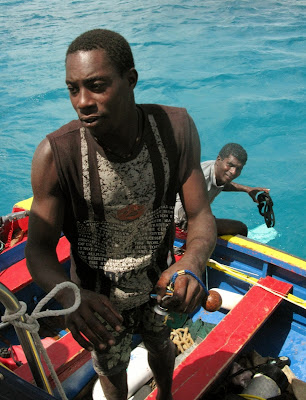 We mentioned in the blog the man made island called Happy Island. We went for a drink there last night and got talking to Janti, who built the island. Having built it, Graham asked him if he’d had to buy the land. The answer was that it’s his now and the problem of the build up of Conch shells left by the fishermen required drastic action (there were threats of malaria and other disease as a result of the mosquitoes around them). Janti’s was the most imaginative solution and he got full support. The result is a really fun place to go for a drink. It can be dangerous though as after your second drink, the next is on the house....!!

Here are a few photos of Union Island: 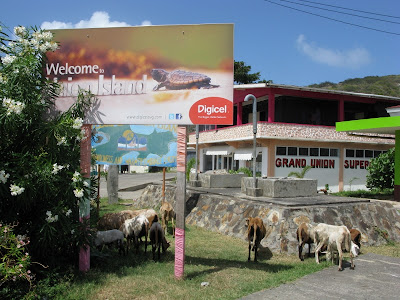 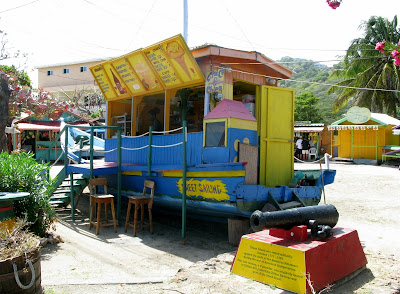 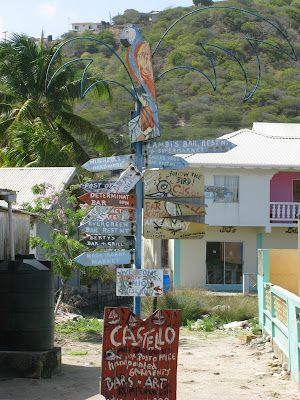 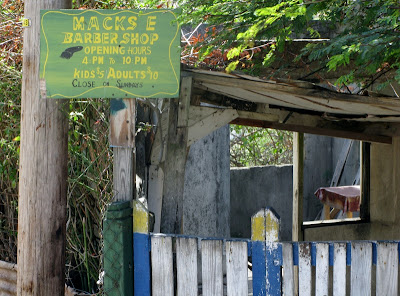 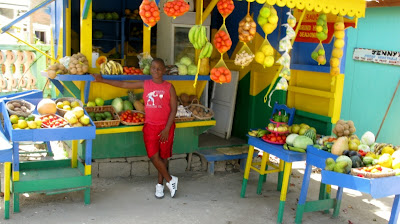 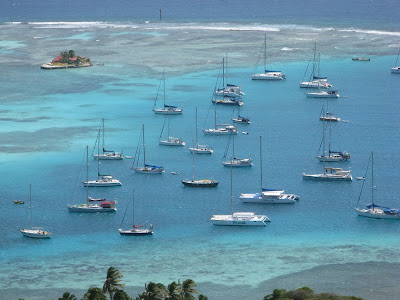 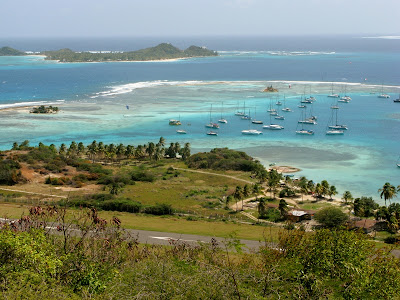