Celebrity- and turtle-spotting in Bequia


We had a great day yesterday, after a not-so-comfortable night at anchor (we had some rolly swells in the anchorage), starting with a swim around the boat. We went ashore with a plan to hike up over the hills and down to the north-east coast of the island.

Having tied the dinghy up at the town dock, we spotted Rolling Stone Ronnie Wood with a group of friends taking photos of an interestingly dilapidated building on the edge of town. You'll have to take our word for it; we didn't do any embarrassing paparazzi moments and, anyway, don't you just hate name-droppers? We're both sure it was him. Last time we met Ronnie (clang) was at a reception at Clarence House (clang) hosted by  Prince Charles and Camilla (clang, clang); we chatted about fine art, of which Ronnie is quite a connoisseur.  Rather delightfully, he attempted to walk out with the beautifully-illustrated book describing the pictures hanging in the Clarence House drawing room; when apprehended by the security man, he claimed, all innocently, that "Prince Charles said I could 'ave it".

The 2-mile walk was lovely - a steep climb then a gentle descent to the sea at Spring Bay where we stopped for a nice lunch at Sugar Reef, a restaurant with an amazing view. 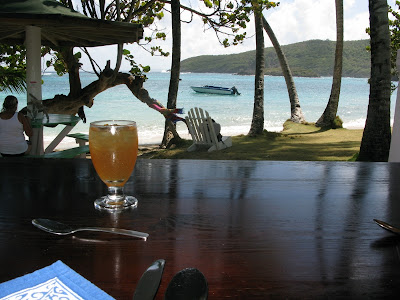 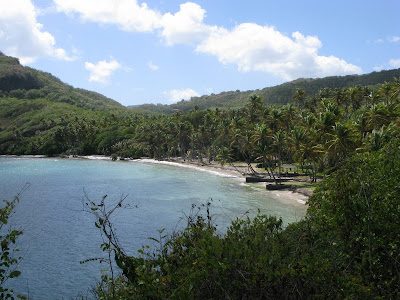 The dining room also had some rather beautiful lights made of driftwood - our friend Barbara, who makes some very special mobiles from driftwood herself, would approve: 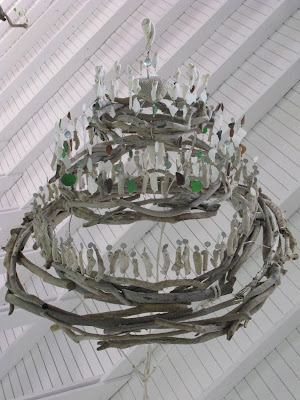 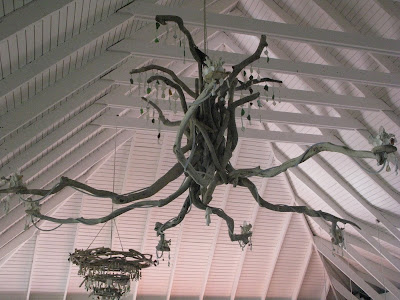 The American owner, Emmit, greeted us and explained that he's owned the building since 1985 but has now taken over the running of the restaurant and its rooms and re-opened at the beginning of the year. He cheerfully admitted no experience in the hotel trade so had a couple of American consultants still on hand but the place deserves to succeed, based on our experience.

The short post-lunch walk took us a little further along the coast to the Old Hegg Turtle Sanctuary. Founded in 1995 by Orton King, a diving fisherman who was appalled by the near extinction of the Hawksbill Turtle, it takes turtle eggs from nearby beaches and hatches them, rearing the turtles until they are 4 years old and then releasing them to the wild. Only one in a thousand newly-hatched turtles will survive to 4 years in the wild whereas the sanctuary has 25% success rate with the eggs it collects and has already released over a thousand of these wonderful creatures to where they belong. 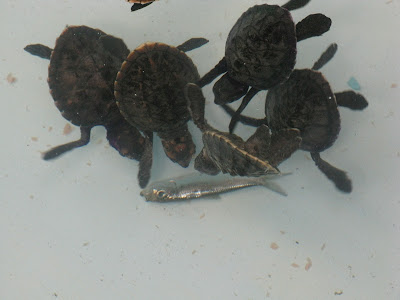 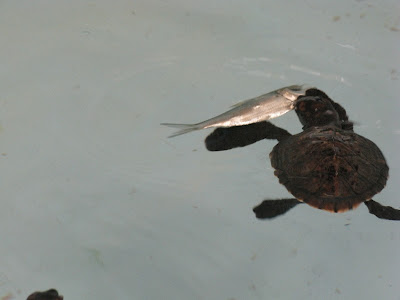 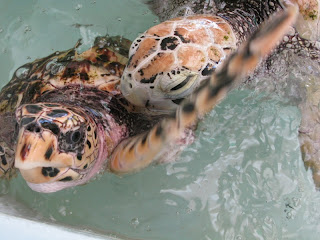 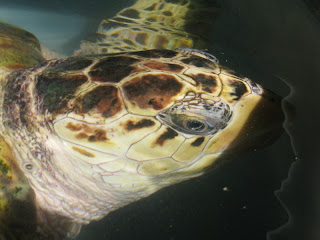 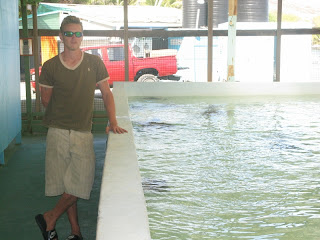 We were shown around by King's grand-son Justin (above), still a teenager (his strong black-Caribbean accent at odds with his white skin, goatee and shades look) but sharing his grandfather's love of turtles; he will ensure that the sanctuary continues to work, in spite of the lack of funding apart from the donations of visitors. Our visit coincided with feeding day (the turtles are fed with small fish every other day) so they followed Justin's every move with concentration and fell upon the fish with enthusiasm. We spent an hour there, spellbound by these amazing animals.

On the walk back we passed some cattle-farming, Bequia-style: 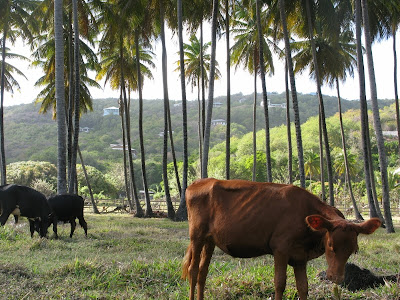 We're not sure if the beef steak we had aboard that evening (bought frozen from the famous Doris' food store in town, which sells almost everything, at a price) came from here but it was delicious.

Today will probably be our last in Admiralty Bay - we'll plan our route through the Grenadines this afternoon and set off tomorrow but not before we've sampled the famous lobster dinner at a local beach-side restaurant L'Auberge des Grenadines. It's a tough life.