What now? Where Next?

If our memories serve us correctly, one of the ‘Hitchhiker’s Guide to the Galaxy’ books, by the late Douglas Adams, describes a small, mist-clad planet in an unfashionable corner of the galaxy. It was called “What Now” – so named after the first words uttered by its unhappy discoverers as they gazed upon its dismal, sodden, dripping landscape.

Even the most inhospitable place will attract hardy adventurers determined to scrape out a living, however, so there was just one settlement on the planet, the small town of Where Next. Its hardy, or perhaps foolhardy, inhabitants shared this miserable place with the planet’s only native species, the Whatnowian Boghog, a creature with sharp fangs, a leathery skin and a particularly malevolent nature, so they would wear thick padded leggings as protection from its unprovoked attacks. Scientists (armed with padded leggings and hefty clubs) studied the Whatnowian Boghog in great detail to try to find out how it had evolved to cope with the cold, wet and miserable climate of What Now but they concluded that actually the Boghogs were just as cold, wet and miserable as everyone else and simply hadn’t yet evolved sufficiently to find a way of leaving.

Anyway, we digress. Where were we? Ah, yes: what now and where next….

Well, our increasingly inaccurately-named three-year circumnavigation is now into its fourth year and we are still only half way around the world. We therefore think we owe our patient readers something of an explanation. “It’s not so much the destination as the journey, they say”, to quote Captain Jack Sparrow, but, in looking forward, maybe it’s helpful to start by looking back at where we’ve been.

We left Dartmouth in August 2012 and sailed some 4500 miles, via France, Spain and Portugal, to arrive in the Caribbean for Christmas: 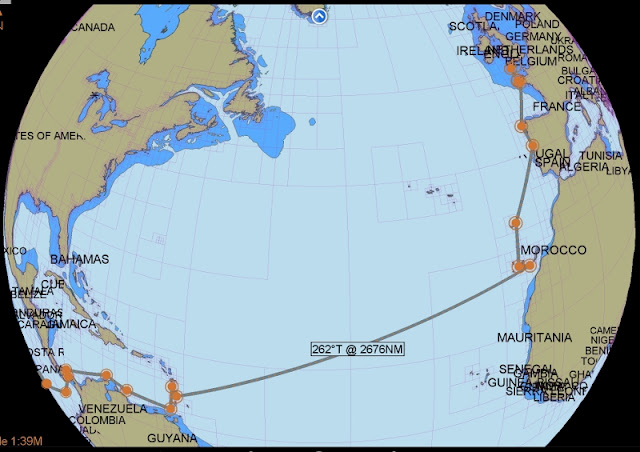 March 2013 saw us leaving the Caribbean, transiting the Panama Canal and crossing the Pacific, via the Galapagos, Marquesas, Tuamotus, Tahiti, Cook Islands, and Tonga, to New Zealand, a journey of nearly 9000 nautical miles and eight months:

Having spent our first summer in New Zealand from November 2013 to April 2014, we’d decided that we’d barely scratched the surface of the Pacific Islands so 2014 saw us return to Tonga and then explore a bit of Fiji, with just a modest 3300 miles added to our log: 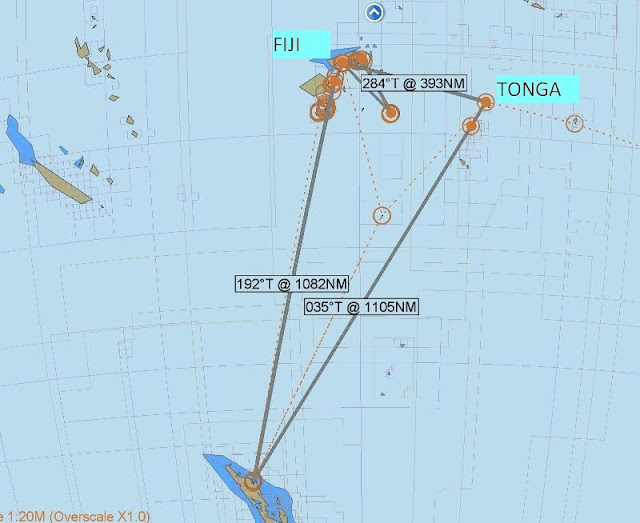 At the end of 2014 we were back for another dose of New Zealand exploring (and a 6-week trip back to the UK by plane) but we realised we just hadn’t quite got to the bottom of Fiji, so last year went back there again (a round-trip of about 3000 miles): 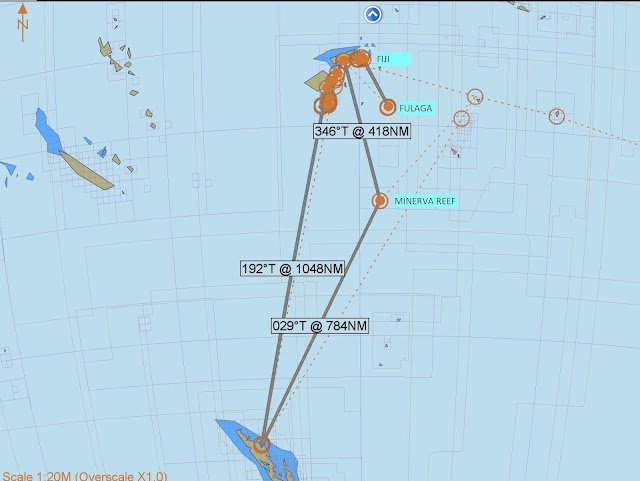 So far, so good but the relatively modest mileages of the past two years (which, of course, have been added to with coastal cruising in New Zealand) are nothing to what lies ahead on our route home. The next big voyage, via the east and north coasts of Australia and the islands of Cocos Keeling, Rodruiges, Mauuritius and Reunion, would see us cross the Indian Ocean to arrive in South Africa for Christmas – over 11,000 challenging miles to the Cape of Good Hope, which, incidentally, was previously named the Cape of Storms before the marketing people got involved.

So, we were gearing ourselves up for all this until we thought, “Hang on, what about Australia? Sydney and Tasmania and all those interesting places that we’ll have no time to visit?”. So, as some of you may already know, we’ve changed our plan, again. It’s probably now Plan F, though Tim, Graham’s old boss at Yeo Valley, recommends we call it Plan A, where ‘A’ stands for ‘again’. 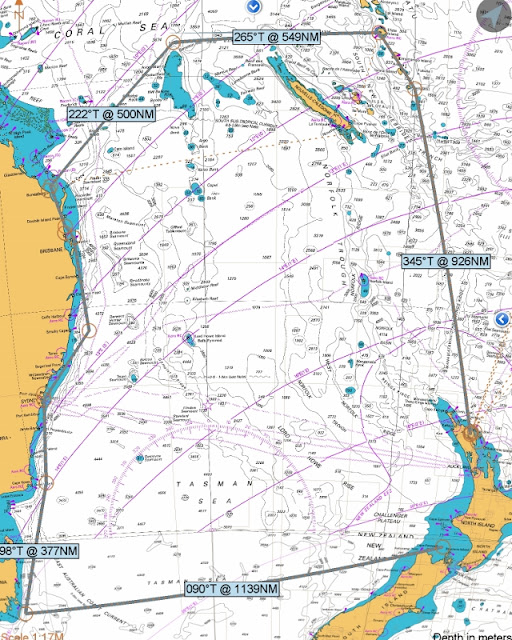 This trip will, unlike 2015, see us voyaging pretty much continuously for ten months, returning to NZ in February or March. The more perceptive, however, might realise that it leaves us no closer to home than we are now. Hmmm, time for some lateral thinking and some air miles; we plan to fly back home in April 2017 for 9 months or so for some work and house projects, leaving Maunie safely stored ashore for a well-earned rest, before we return to resume the homeward-bound voyage.

So that’s it, Plan A, sorted. Unless Donald Trump becomes President and Boris Johnson becomes Prime Minister, of course; in that scenario we’d be looking at charts for the planet What Now.
Posted by Graham and Dianne at 23:34