Another island passing by, another cell tower - this time it's Kadavu which is giving us some internet coverage. As expected, the wind died this afternoon so after a lovely three hours of sailing the Parasailor came down and the engine went on.

Graham takes the job of preparing for the night watches very seriously so did some hard work on the foredeck with the headphones and the beanbag. 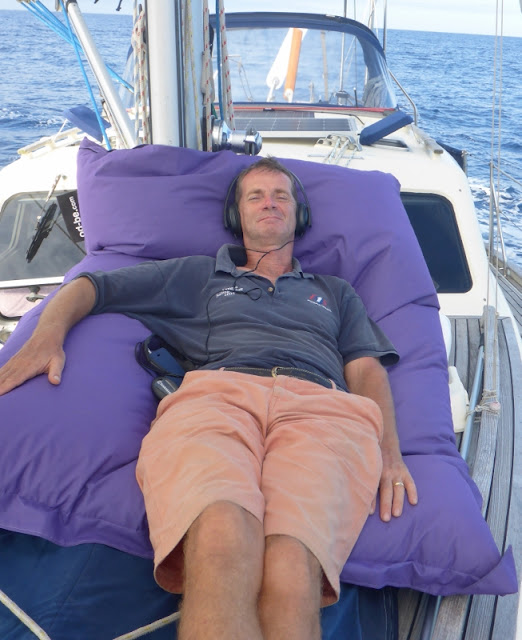 It looks as though the engine will be drumming away throughout the night and into tomorrow too but we aren't complaining. This must be the smoothest start to a voyage that we've ever had!

Dianne gets her rewards tonight for keeping watch while the skipper was inspecting the inside of his eyelids this afternoon. She does the midnight till 04.00 watch whilst Graham gets the 20.00 till midnight and the 04.00 till 08.00 watches (but, as we swap watches the next night, it's not that much of a reward).
Posted by Graham and Dianne at 08:35