Photos and video of Kiapa

We were really disappointed that we didn't get good cat weather - basically we were beating the whole way then motoring the last day.  We had to slow the boat down to 5 knots on one night as the crashing and banging was just too much and we were airborne in our bunks – in only 20 knots of wind and a 2m swell plus a cross-chop driven by the wind. Maunie would have just sliced into it but Kiapa just wanted to take off. The design is very racy so the bows just kiss the water at rest and are quite round-bottomed to promote downwind planing but that just made them slam horribly. She’s a beautifully-built, fast boat but the conditions just didn't suit her.

These photos were taken on a relatively calm day! 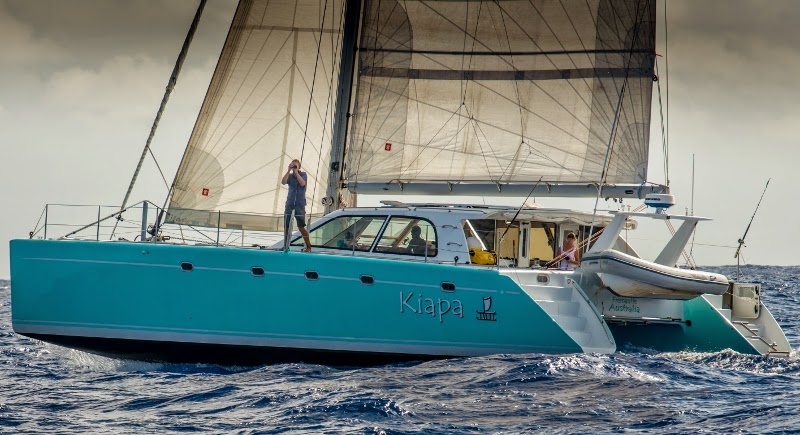 Thanks to Damian on Sel Citron for these brilliant photos

We shot a short video on the boat which gives you an idea of life aboard and it includes the amazing dolphin escort that we received as we approached North Island. You can see it here