You probably know that Graham used to be isomething of a petrol-head, having owned some interestingly sporty cars in earlier times but now, whilst admiring the odd flashy motor, his outlook has become more one of, 'cars are just transport'. The change has mainly been (ahem) driven by the congestion on roads that make car journeys seem so much less fun than boat voyages.

Sydney is, like all cities, choked with traffic so our foray to the famous Fish Market near Darling Harbour yesterday illustrated the point quite neatly.

We anchored Maunie in Blackwattle Bay next to the Glebe Bridge, which was apparently christened 'Madonna's Bra' by the locals when it was built.

Sydney friends had warned us that the Fish Market is impossibly busy in the days leading up to Christmas and New Year. Certainly when we got there, the car park was full, with a snail-paced queue of cars, their aircon unit blasting heat out into an already very hot day as they attempted to cool the tempers of their frustrated occupants. 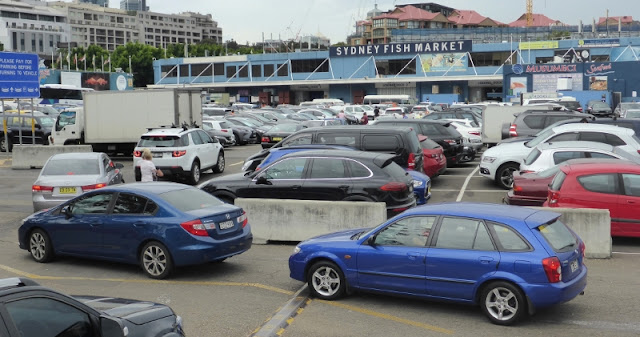 By contrast, we buzzed across in the dinghy, parked it neatly under the bridge from the pontoon, and walked straight into the market 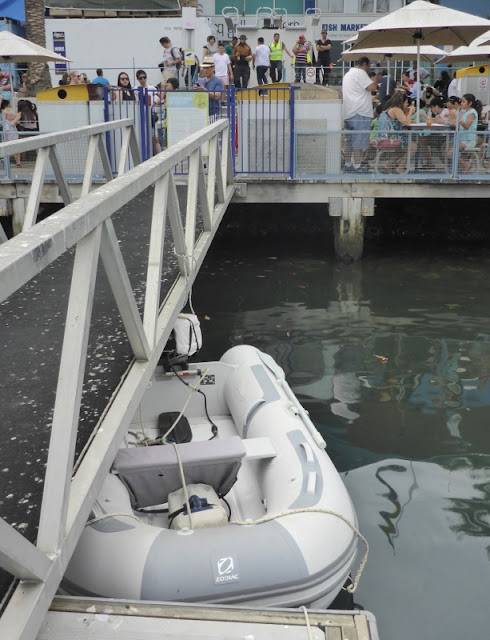 It certainly was busy but an amazing feast for the eyes! 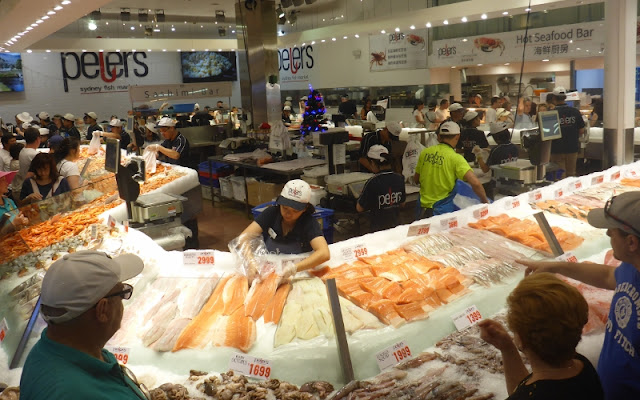 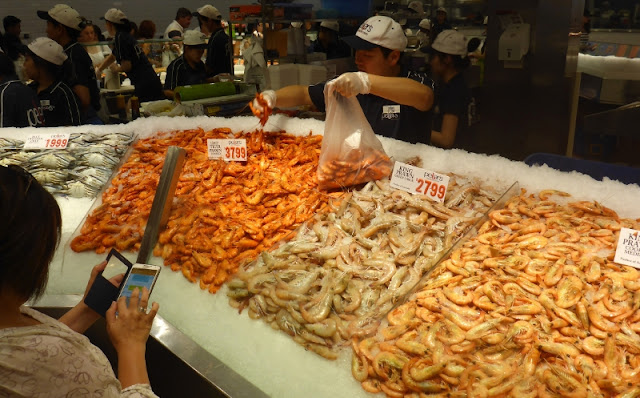 When we got back to the dinghy with our bag of lovely king prawns, there was a crew member of a motor-boat, who'd clearly drawn the short straw, waiting to be picked up with lunch for the rest of the crew: 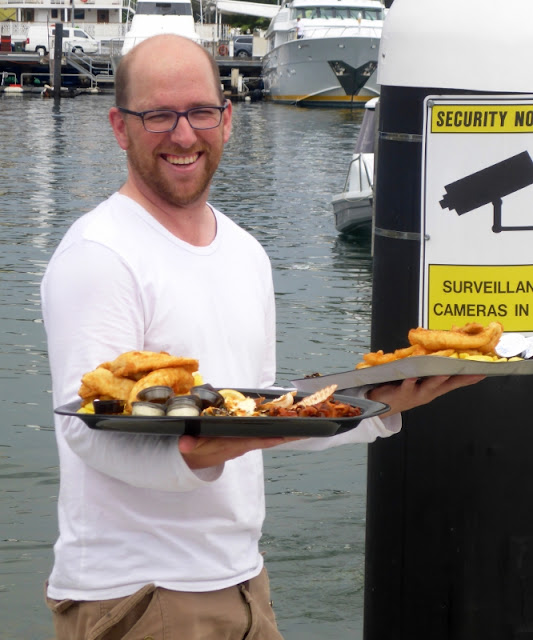 Shopping done and prawns safely stowed in the fridge, we walked into the city and visited the wonderful Botanical Gardens. It gave us an opportunity to view our chosen spot to anchor for New Year's Eve:

There is a downside to the boat vs car comparison, of course. When you park your car it stays where it is (handbrake properly applied, of course) but boats tend to bob around their anchors somewhat. And when half the boats around you are crewed by people who seem never to have anchored before in their lives, things get interesting. More on that in the next update.
Posted by Graham and Dianne at 06:31