Jubilee Celebrations aboard and the water-maker is installed!

As previously mentioned we got involved with a call from the Coastguard on our way back to Dartmouth - this 24ft gaffer has got into difficulties in fairly heavy seas. They given up sailing and were motoring towards Salcombe but we think the bumpy conditions had stirred up sediment from the bottom of their fuel tank so the engine lost power and then, as we approached them, died altogether. We had quite a log tow into the harbour where the harbourmaster's launch took them on and towed them to a mooring. They were very pleased to be in! 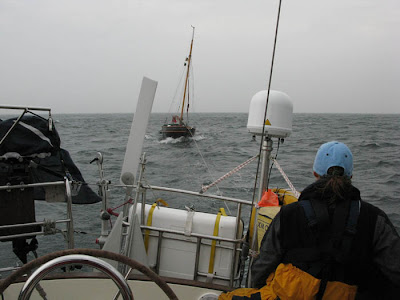 Back on our mooring, we completed the installation of our new water-maker in the generator room (the generator is now free of leaks, thankfully!).  The raw seawater comes in from seacock in the hull (just visible middle-right of the photo below) and into a 12v pump / filter unit (bottom of the photo) before going into the high-pressure pump and membrane. Here it's forced, at nearly 1000psi, through a long tubular membrane (easier to see in the second photo) - fresh water comes out, in relatively small quantities (about 30 litres per hour) whilst a greater flow of salt water goes out of the boat through a second seacock. We're run it on its fresh-water cycle (it's not a good idea to try the seawater in the harbour in case there is oil or other contaminants around) so next time we're aboard we'll go our into the bay and test it fully. 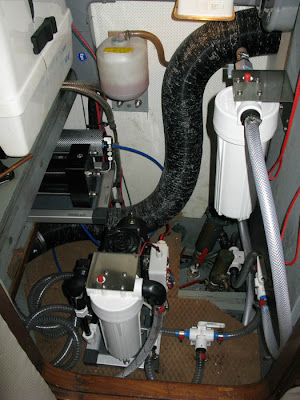 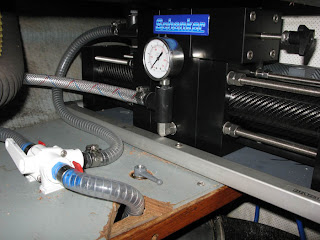 While Graham was busy with the plumbing, there were all sorts of Jubilee things happening on the river, including a parade of 60 boats of all shapes and sizes: 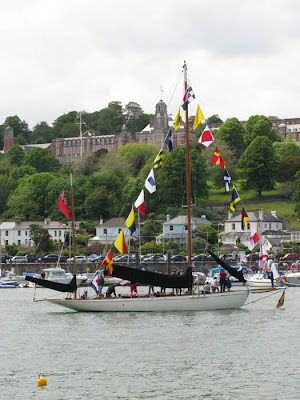 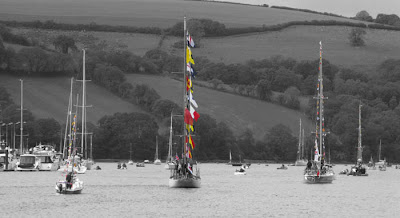 Maunie was 'dressed overall' for the occasion - the flags have to be hoisted in a very specific order!! 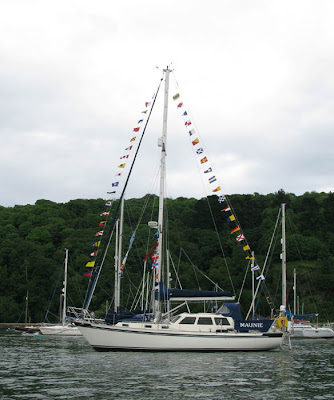