As forecast, Wednesday dawned sunny but windless so our anchorage at the entrance to Bow Creek looked particularly lovely.

We knew that the 35nm passage west towards the River Yealm would see light winds and the arrival of some heavy rain but the initial beat out to Start Point had just enough breeze to keep us moving at 3-4 knots. It also seemed to be the perfect opportunity to try the drone as we sailed.


My respect for the Volvo Ocean Race on board reporters who would capture amazing drone video footage as the boats were doing about 25 knots was even greater after this little trial - getting the drone to within Dianne's grasp was harder than we expected.

Once we reached Start Point the wind died and the rain arrived so both crews enjoyed the luxury of the shelter in their pilot houses, whilst we kept a close watch for lobster pot buoys.

Thursday promised an altogether different sailing experience for the 41nm sail to Falmouth - a brisk Force 5-6 NW promised a close reach and some exhilarating sailing. Definitely no drone flying, be we managed some great boat-to-boat photos as Bravo steadily overtook us, reveling in the conditions. 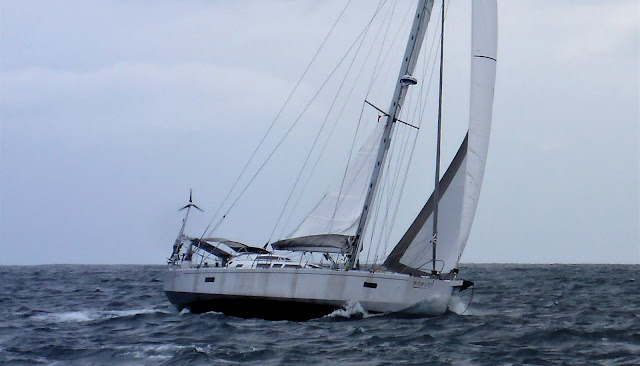 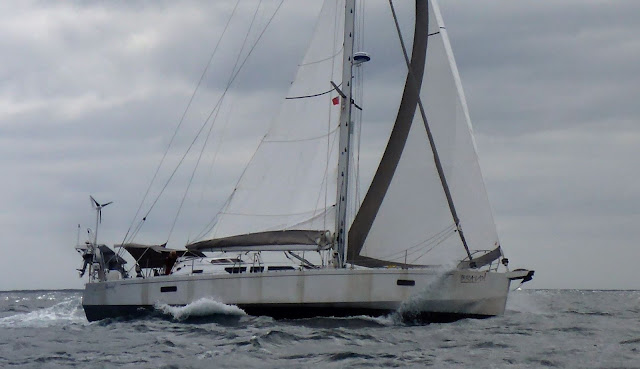 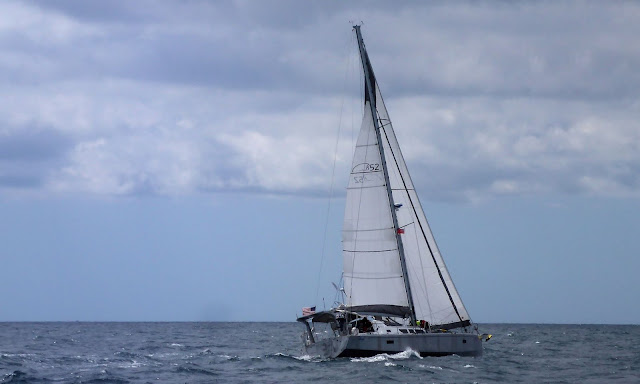 Adam reciprocated with these shots of Maunie, who looked altogether smaller in the 1.5 - 2m swell. 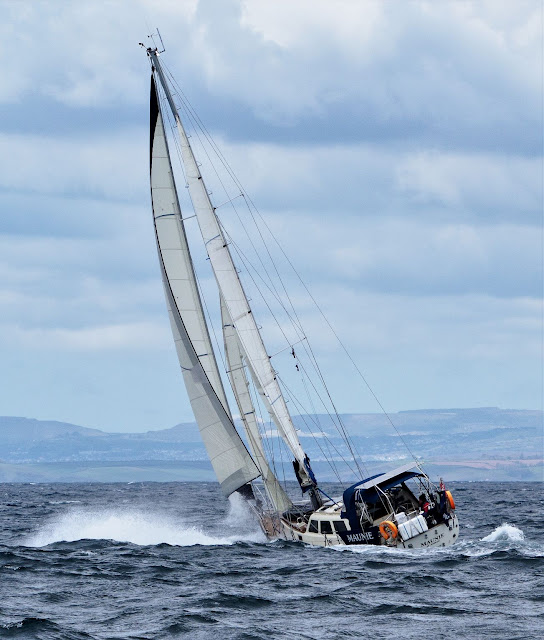 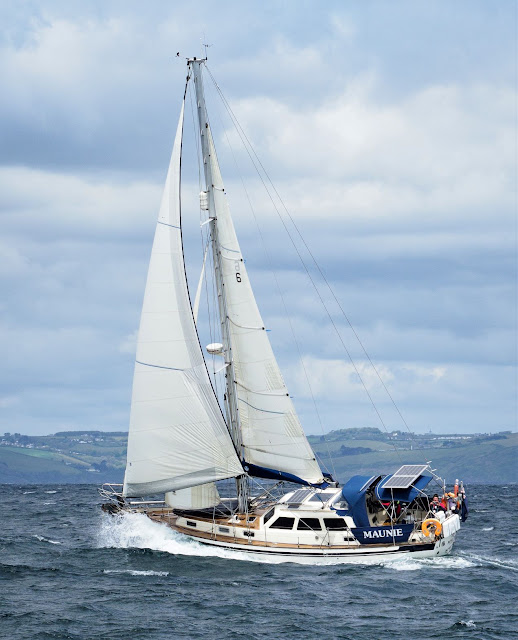 Though these photos look quite dramatic, life of board was remarkably comfortable. A lot more so than for this solo sailor we passed: 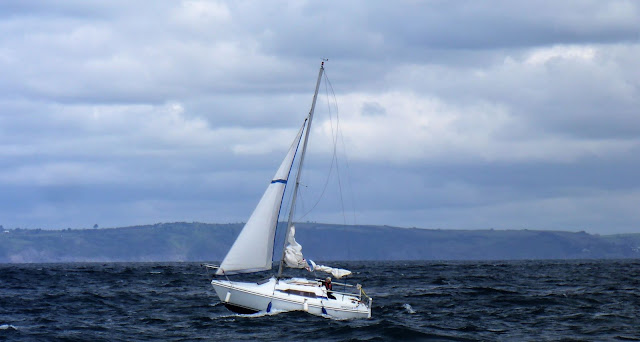 This was a Hunter Horizon 23 (the same length as our first Gentoo so we could appreciate the bouncing he was experiencing in the lively swell) and it just didn't look quite right. The fenders slapping at the side of the hull were an odd sight and he was sailing at only 2-3 knots under just a small headsail. We waved at him but got no response and Adam tried hailing him on Channel 16 without success; however he seemed to be in control, didn't want to attract our attention and was on course for Falmouth but he'd be lucky to get in much before dark at his slow speed.

Adam and I chatted on the radio and both felt a little uneasy about what we'd seen so I called Falmouth Coastguard just to log our sighting. They were very professional and thanked us for the report and I emailed them the photo as it allowed us to identify the boat name as Pipsqueak. The Coastguard called him several times without response so we just hope he made it safely into port.

We're now safely in Falmouth and will be here for a few day as yet another low pressure system, with strong westerly winds, sweeps over us. There are worse places to be stuck but it's becoming a tad frustrating to watch the forecast and try to find a weather window to get round the Lizard and Land's End.