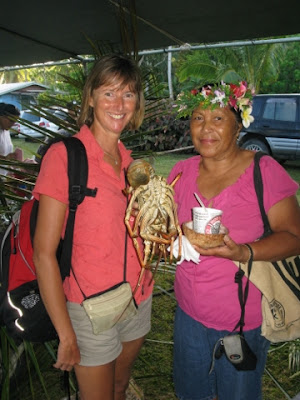 Di with the lovely Hina, who gave us a lift

The Village Show on Saturday was quite an event. Having arrived at what seemed like the crack of dawn we fortified ourselves with a bowl of Nuie Porridge. This is Arrowroot boiled up in coconut water and is served in half a coconut shell. To imagine its texture, think Solvite wallpaper paste but it tasted ok. 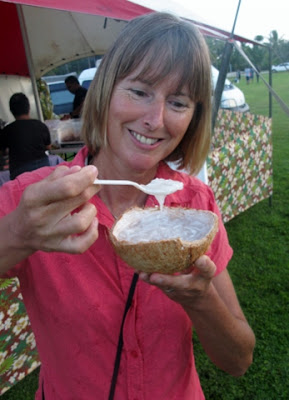 The show featured dancing, singing, scary coconut crabs that would slice a finger off if you got too close and about six different BBQ's on the go; they certainly enjoy their food here. 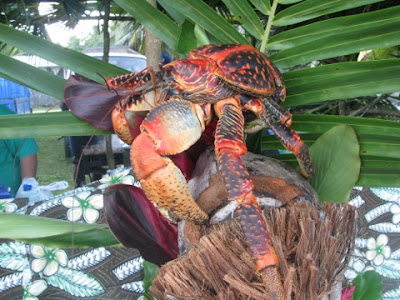 Coconut crab - a delicacy that fetches about $120 apiece 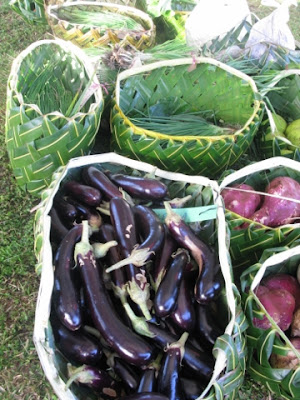 Entry No3 in the 'Shiniest Aubergine' class 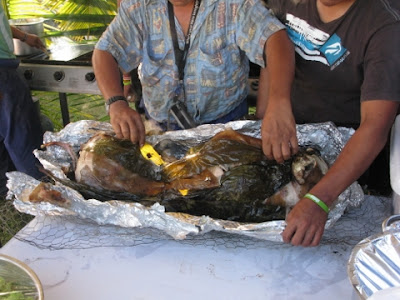 A pig roasted in an traditional earth oven 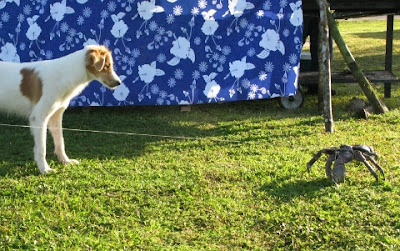 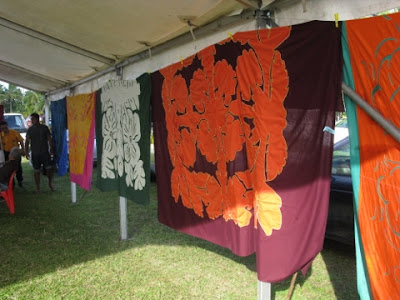 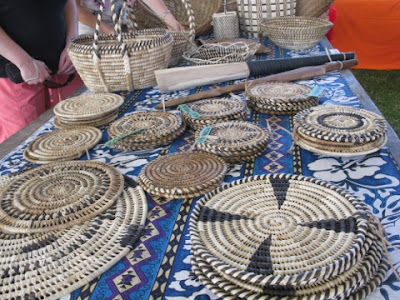 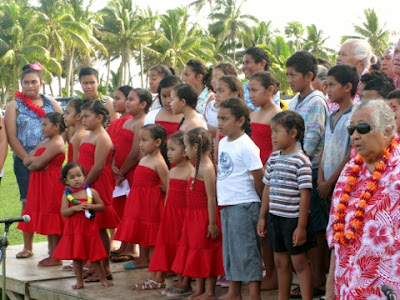 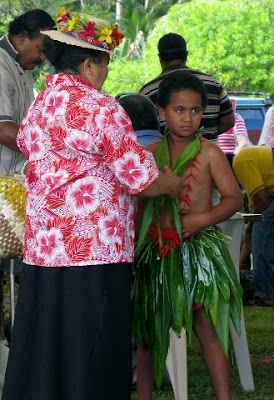 Ready for the dancing 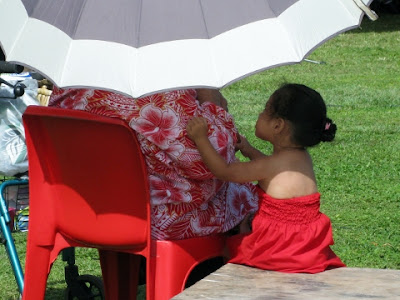 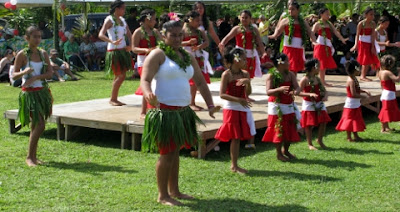 Solo dancers are rewarded by people putting $10 notes into the tops of their dresses.  Graham thinks he's seen this ritual elsewhere.

After all this excitement, we went to church on Sunday. 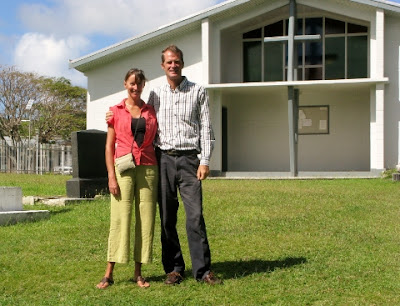 The proceedings were nearly all in the unfathomable Nuie language but the singing was amazing. The congregation of about 35 could certainly produce some volume and the 4-part acapella harmonies made the hairs rise on the back of your neck; this wasn't a choir, just the members of the congregation. Feeling suitably virtuous, we hen hitched a lift to a brilliant little beach-side cafe for a very good value and delicious lunch.
Posted by Graham and Dianne at 18:50