Our practice run through the Panama Canal

On Thursday and Friday we went through the canal as line-handlers on the French yacht Gadjo Dilo and really enjoyed the experience. It was pretty much as we'd expected though we were still taken aback by the scale of the locks and surprised by the tranquil beauty of the Gatun Lake.

There were just three yachts transiting, ourselves (40ft), a 46ft catamaran and a tiny, 19ft yacht with two, patently potty, Frenchmen who intend to circumnavigate the globe in it. Of course, for the Canal they had to have the full complement on 4 line handlers plus skipper and Canal Advisor so the boat looked pretty overloaded! 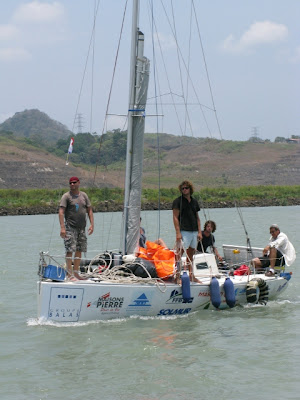 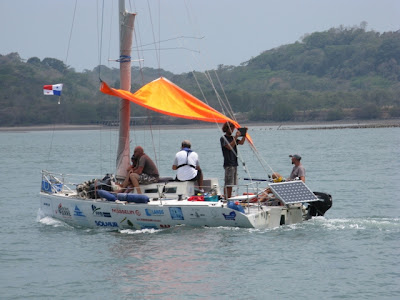 This was certainly one of the smallest boats to transit the canal and, by contrast, we met one of the biggest at the end of the passage.

This is known as a Panamax and is built to fit exactly into the locks with just a foot or so to spare at each side - the new locks being built (to open in 2015, they hope) will allow even bigger ships to make the passage.

Here are a few more photos of the trip: 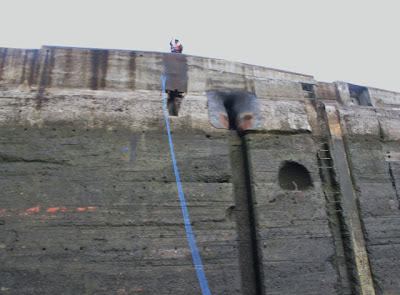 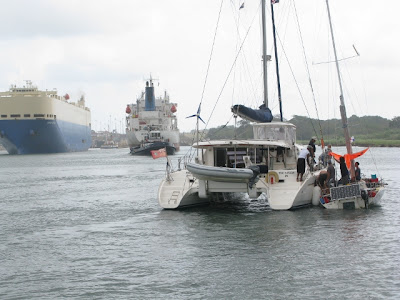 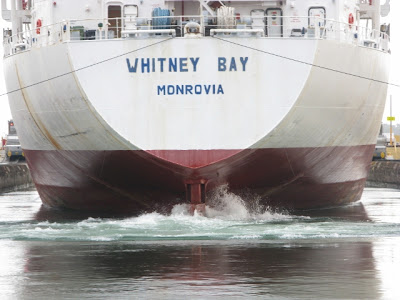 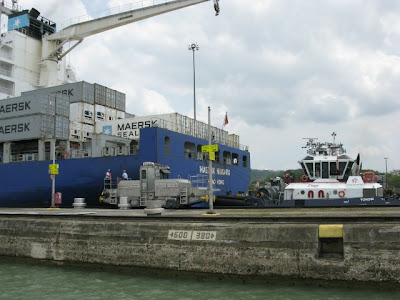 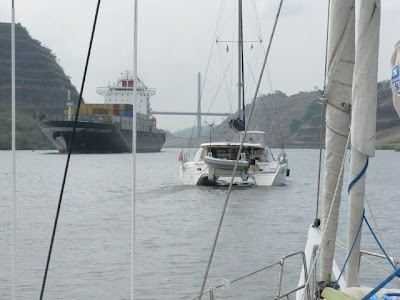 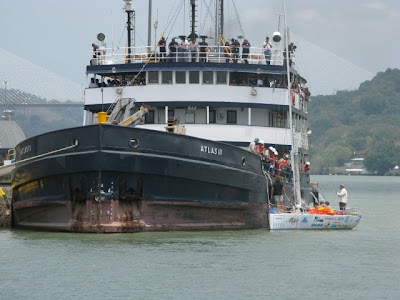 Finally, there are live webcams on the Gatun and Miraflores locks which you can access via this link: http://www.pancanal.com/eng/photo/camera-java.html Click on the Hi-res version and there's a button under the picture that adds a perma-link to the camera so it updates the picture very minute or so.

After Graham completed a mammoth, 3-trolley, $440 pre-Pacific shop in a Colon supermarket yesterday, today we'll finish showing all the tins and get the boat ready for the off. Unfortunately one of our line handlers has just told us he can't come (he's been offered a crew position on another yacht) so we'll have to chase round for someone else today which is a pain.