From La Gomera to a very new marina in Tenerife


The jungle drums in the sailing community work very effectively around here. We've heard more reports of the 'no anchoring' rule being applied with enthusiasm by the authorities (and met one yacht who had been called by the coastguard for a ticking-off after they anchored for a night) but a another story began to emerge of a brand new marina on the north coast of Tenerife at a place called Garachico. Yachts could stay, so the rumour went, but the place wasn't finished so there was no mooring charge. 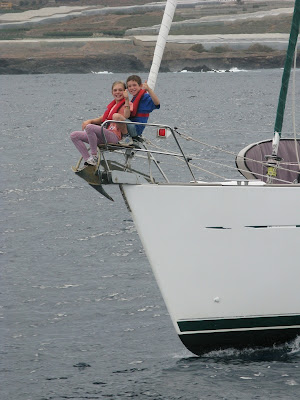 So we set off yesterday morning with 'Rafiki' (crew Emily and James, above) and had a very pleasant couple of hours with the Parasailor set then switched back to white sails and finally motored for the last couple of hours. We found this mysterious new harbour in frankly a fairly exposed and rocky stretch of coast where the swell was crashing ashore reasonably spectacularly at times. Sure enough, though, we turned in past the huge new breakwater to find a brand new harbour, with expensive pontoons and perhaps 8 yachts plus some local boats. 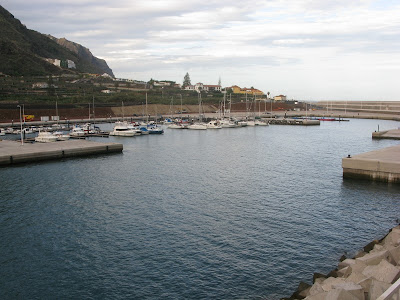 The sign at the entrance proclaims this to be another 'last of the cash' EC project - 33 million Euros no less! The project started in 2008 and was due for completion in September last year; apparently there was a grand opening ceremony a few months ago. However, whilst there are pontoons,  complete with water and electricity, park benches and even wooden planters with cactus plants in them, there is no office, no showers and no toilets. So we were welcomed by a young security guard who noted the boat name on a crumpled bit of paper and we've watched a bloke with  a petrol-powered leaf-blower blow dust from  one end of the gleaming concrete to the other but there is no other sign of life! 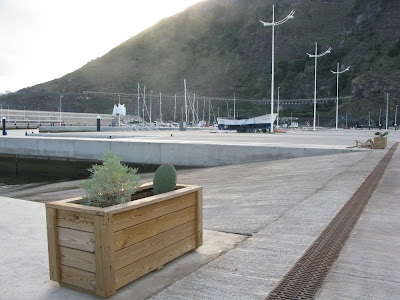 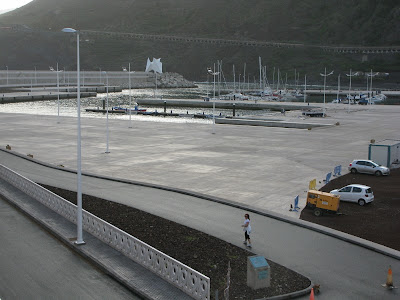 Because of its unfinished state there is no charge for using the marina. Crazy! After all that cash investment, you'd think they'd install a portacabin for facilities and start broadcasting their wonderful new marina to everyone to get some income back in return. But no, this is Spain, so they are donating electricity to foreign  yachties who would be quite happy to pay for it and they employ a bloke to blow dust about. 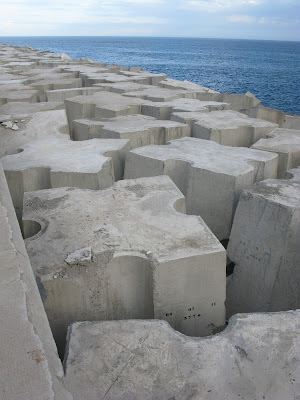 In spite of the millions, it's not quite a perfect harbour, though; in spite of the huge breakwater construction of meter-cubed blocks designed to absorb the waves, there is a bit of a surge in the pontoons so we had a disturbed night until we adjusted our lines.

The town is about 1km from here - Graham (feeling particularly under-exercised) went for a run and a recce there before breakfast, then swam under the boat to give the hull a clean. Di went for a run slightly later (and found it suddenly very hot) so breakfast was late; we'll walk into town this afternoon, hopefully to find a cafe with wifi to check the forecast and catch up on emails. We'll have another night here then go round to Santa Cruz, the main port in Tenerife, to refuel and stock up on long-life ingredients for the Atlantic crossing before picking our moment to head to Las Palmas in Gran Canaria. The encouraging news is that the more normal northerly winds look as though they are about to arrive at last!